“The arrogance of success is assuming what you did yesterday is enough for tomorrow”: William Pollard wrote that 100 years before Disruptive Innovation theory was formulated in 1955’s Harvard Business Review, but he perfectly captured the essence and importance of understanding disruption innovation in a modern economy.

Think of established companies like Amazon, Google and Uber, business models that have all disrupted existing markets and delivered outcomes that are radically reshaping our future (and our present come to that).

But disruptive innovation is driven as much by market need as invention, and burgeoning housing demand across the planet is currently driving change like never before…so welcome to the world of Modular Construction, and a new future for housing.

All those piles of rusting steel and timber left scattered around when the project finishes, fossilised remnants of yesterday’s world: all those days lost to rain when workers huddle in huts waiting for the sun to come out, and still more days lost waiting for delayed (piecemeal) deliveries, brought slowly to the site by a seemingly endless convoy of lorries.

But, by definition, all that waste matters more if margins are tighter: on lower margin projects, waste and delay on such an industrial scale can turn a viable development into a loss-making disaster.

That’s why traditional developers have (traditionally) paid far less attention to affordable and mid market housing projects, preferring to focus on profitable customers and build yet another penthouse studded glass tower: the inefficiencies of their business model matter less when the client is a Russian oligarch.

Which means more rusting steelwork, more days lost and more time wasted waiting ankle deep in mud for the latest lorry full of bricks to make its way at walking pace through another inner city traffic jam. This outdated model largely ignores speed of delivery, because speed of delivery largely doesn’t matter. Russian Oligarchs have all the time in the world…they can wait.

But the homeless can’t wait: according to Shelter (www.shelter.org.uk) 320,000 people are currently homeless in the United Kingdom (one in 201 of the population), in the United States the figure is 567,000 (a year on year increase of 40% since 2017), and in India 1.77 Million are in housing need despite the Modi Government working to deliver its ambitious Affordable Housing Programme (www.bajajfinserv.in/housing-schemes), striving hard to meet the demands of the fastest growing population on the planet.

AND THAT’S WHERE DISRUPTIVE INNOVATION COMES IN…

Adopting smarter and more efficient technologies, smaller construction companies can challenge these dinosaur incumbents: targeting market segments they either can’t or won’t reach, and that means in particular the homeless and those in housing need.

Economic orthodoxy tells us these smaller (disrupter) companies will then move on to gain a progressive foothold in increasingly higher margin segments by delivering better functionality at a lower price.

By making use of their core technological advantage: and finally, the dinosaur developers will also adjust their own business model as disruption takes root: bad news for Russian oligarchs looking for another penthouse, good news for the rest of us.

Modular Construction is a paradigm case in point: units are fabricated off site and delivered in ready to build panels, so no more convoys of lorries delivering materials piecemeal and no more waiting endlessly for them to arrive.

Built to order in a controlled environment, modular units are also higher quality and waste levels are lower, and costs are lower too.

It enables modular platforms to deliver projects at a third of the cost of traditional alternatives, which is why they are moving into (and will eventually take over) lower margin segments in a way traditional developers at the moment find unfathomable.

And it’s why in time dinosaur developers will be forced to change their business model …that’s the power of disruptive innovation.

What we did yesterday is no longer sufficient for tomorrow: Modular Technologies are important for all our futures. 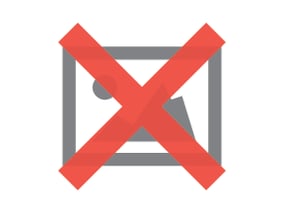 Modulex is setting up the world’s largest steel modular buildings factory based in India. It was established by Red Ribbon to harness the full potential of fast-evolving technologies and deliver at pace to meet the evolving needs of the community.

Modulex is setting up the world’s largest steel modular buildings factory in India.

According to McKinsey more than 80% of developers are now to a greater or lesser extent committed to modular construction models: that should come as no surprise to anyone. Modular construction delivers faster, at lower cost and with higher quality thresholds than traditional alternatives.

And now, more than ever, we need those benefits to meet the planet’s burgeoning housing need. It’s time for the world to move on…